It doesn’t matter whether you own a gun for decades or are a first-time owner; you’ve probably heard plenty of debates over concealed and open carry. Among gun owners, it is one of the hottest topics.

A concealed carry permit allows owners of firearms to carry the firearm into a public area without having it visible to other spectators.

Open carry is the right to openly carry a lawfully owned handgun within the public sphere.

Concealed Carry Vs. Open Carry | Which One Is Better?

If you decide whether to carry concealed or openly, make sure you take these key considerations into account.

In considering carrying a firearm in public, gun owners should first find out what legal restrictions their state has on it.

Several states permit individuals to carry handguns without a license. This is known as constitutional carry. In some states, it is required to obtain a permit to carry a gun or prohibit carrying one in specific ways.

On the NRA Carry Guard website, you can view the Gun Laws by State page to determine the laws in your state. There are pros and cons to carrying concealed versus openly, regardless of which side of the debate you fall on.

As a result of your ability to defend your point of view, you will not only feel more confident in your decision, but you will also be better prepared to defend your position in case you are asked about the method you prefer.

Carrying concealed can be more tactically advantageous than carrying it openly, but it can also be uncomfortable for some people. The gun or holster is often held against the shooter’s skin when inside the waistband (IWB).

As a result, the carrier can develop rashes and discomfort as they sweat and move throughout the day. Carrying your gun openly solves this problem by removing your gun from your body, but it isn’t convenient.

Since open carry holsters move the gun away from your body, they make it more likely that your holster will scratch or snag things as you go about your day. Whether you choose open carry or concealed carry, you’ll want to consider your preferences in terms of comfort and convenience.

It is easier for you to access your firearm in an emergency situation when you carry your firearm openly. When concealing their firearms, those who have the skill of limiting their draw times should consider open carry holsters, as they are generally faster.

Variable retention comes as an added benefit with open carry holsters. The retention of some holsters can be up to three levels, such as those made for law enforcement. This makes it harder for anyone but you to grab your firearm and enhances the safety of your carry.

A firearm that is openly carried attracts a great deal more attention than one that is concealed.

Some gun owners argue that open carry adds to the added attention of gun owners and provides a deterrent to criminals as well as helping to raise their reputations as responsible gun owners.

Openly carrying a firearm, according to advocates for concealed carry, makes you a high priority target for those committing violent crimes.

It’s possible that panicked citizens will report you unfairly to the police if you choose to openly carry.

Is Concealed Carry Worth It?

In case of an emergency, concealed carry is absolutely necessary to protect yourself, your family, or others. When law enforcement arrives at the scene of a crime, it usually takes a few minutes, but concealed carrying could provide you with the time necessary to respond immediately, potentially saving your life.

As a way to ensure you are able to safeguard yourself, your loved ones, or your property with ease, concealed carry, also known as carrying a concealed firearm in public, is a popular option.

Concealed carry can seem overwhelming at first, but concealed carry is easier than you might think if you do just a little bit of research before getting started.

If you decide to carry concealed, you will need to decide if you are prepared to act on your own defense as soon as possible if needed.

I recommend you get a firearm, get a permit if necessary, and then train so that if anything goes wrong, you will be better prepared to respond calmly if that is necessary.

Is Open Carry Worth It?

Gun owners who carry their firearms in plain sight are known as open carriers in the gun world. Some carry their handguns holstered away from sight outside their clothing, while others carry rifles slung over their shoulders.

The point is that you can see the gun. There are some guys who OC who truly look like John Wayne, but they only wear Oakleys and sneakers. However, not all of them are.

Besides carrying around my home – where I am most comfortable – at gun rights rallies and when hunting are the times when I am most likely to be seen openly.

You must know the laws in the area where you carry as well as any other carry method. Do your homework because not all locations are the same. Most of the time, I OC in order to be comfortable or convenient.

Do it right if you are going to OC. You may become a target if you don’t understand the right to open carry. The guys who say it’s insane to believe OC is a powerful deterrent are just as stupid as the ones who say it’s ludicrous. Absolutes can never exist.

Selecting a good retention holster-no, not a SERPA-and knowing what holster to use and where to carry your weapon is essential. If you are going to use OC retainer holsters, you do not need only the highest-level holsters; they just have to be of good quality.

Furthermore, your gun should be kept as protected as possible. Those who are not confident about solid retention should take their favorite OC holster to a force-on-force class.

One of the advantages of OC is that the gun is readily accessible, and it is more comfortable to have it inside your waistband than having it inside your pocket.

One disadvantage of OC is that it makes it easier and faster for criminals to grab the gun (or target you) because it’s visible to everyone.

There are obvious benefits to CC, such as concealment, which gives you privacy and allows you to remain subtle when the environment is hostile.

CC has the con of taking some getting used to, adjusting your wardrobe to fit it, and taking a fraction longer to draw.

Whenever you open carry, make sure you have a good reason for it. Open carry shouldn’t be motivated by ego or pushing one’s gun rights down the throat of the other side. It’s quite the opposite.

It is essential that you choose what works for you, know the laws in all the areas you plan on carrying and use good gear. Training is part of that process.

The skill of self-defense with a handgun is perishable and should be maintained. Take responsibility for your gun ownership and put in the work.And that is all there is to it about Concealed Carry Vs. Open Carry. 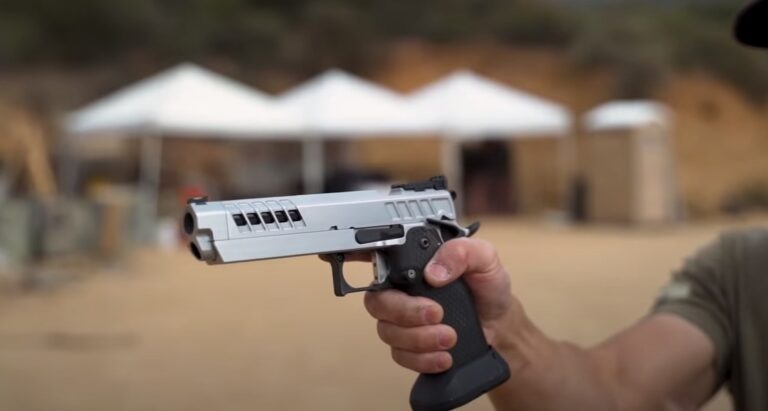 You may end up seriously hurting both yourself and those closest to you if you conceal a firearm in the wrong way. No one is perfect. We learn from our mistakes. The vast majority of concealed carry holders, experienced or not, make the same missteps. Often, we become so accustomed to and familiar with things… 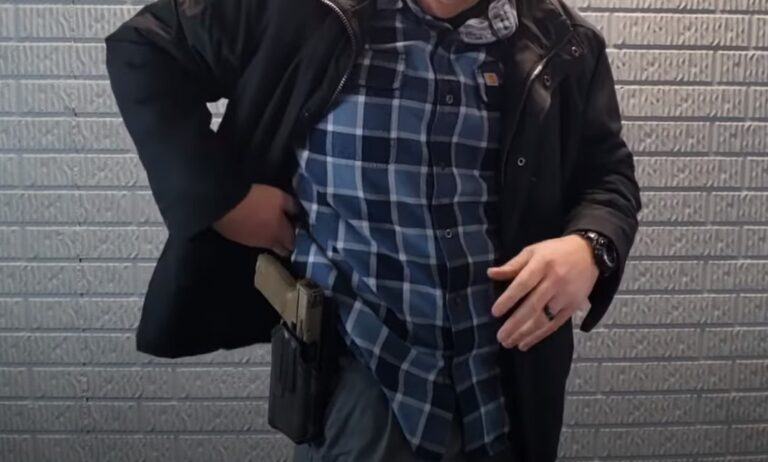 The CCW game gets smaller in the summer. Your gun is likely not as large when covered with a tee or other lighter shirt, so it’ll be more concealable since there’s less material to reduce printing. With colder weather, concealability options are completely different from what they are in the summer. It has some advantages… 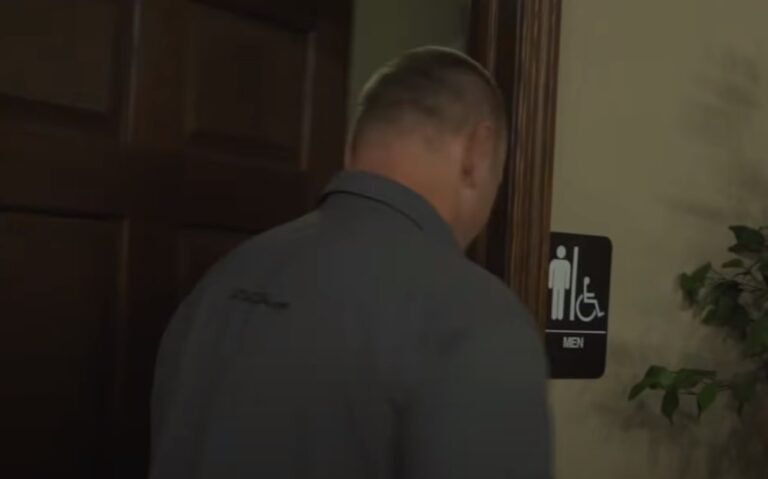 What happens when you have to go to the bathroom while carrying concealed? You know when it is time to take a dump, but you are not in your usual place. If you are one of those people that don’t feel comfortable taking poo on a public toilet, this article might interest you. This is…

Carrying concealed firearms has become more popular than ever. To conceal carry a pistol, everyone has their own preferred method. There is no shortage of options, whether you prefer a shoulder holster, an ankle holster, or a concealed carry holster inside or outside the waistband. No single solution fits all, that is for sure. Warning… 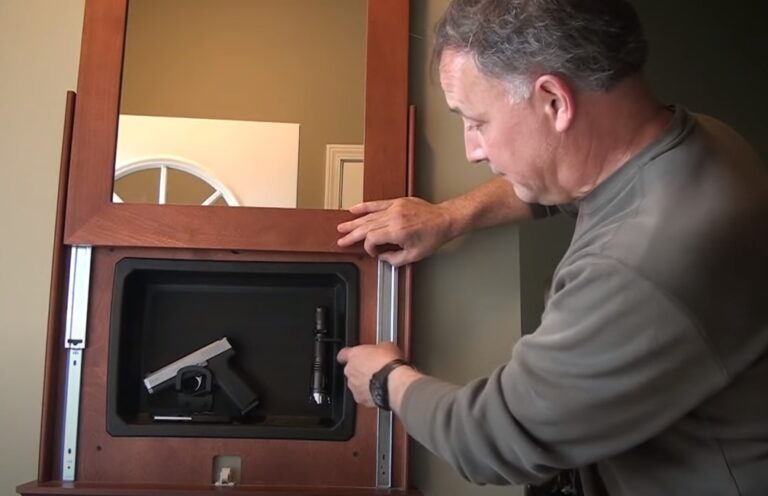 Is your home as safe as it could be? Coming up, we have simple ways to improve your home’s security. A safe and protected home is something we all want but may not have. Well, Robert Larry from Robert Defense is here to show some easy ways to beef up your security. When it comes… 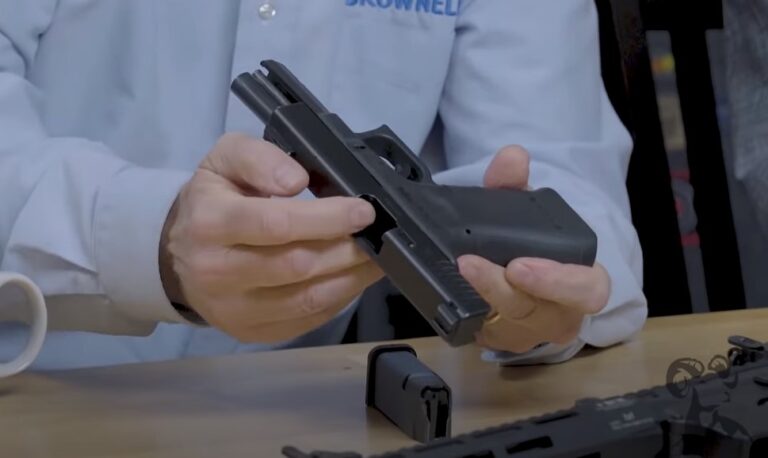 Gun safes that weigh under or around 500 pounds are at risk of tipping over. It becomes even more riskier if the safe isn’t bolted properly. That is why it is always recommended that you bolt the safe to the floor. If you own a safe that is on the lighter side, the chances are…